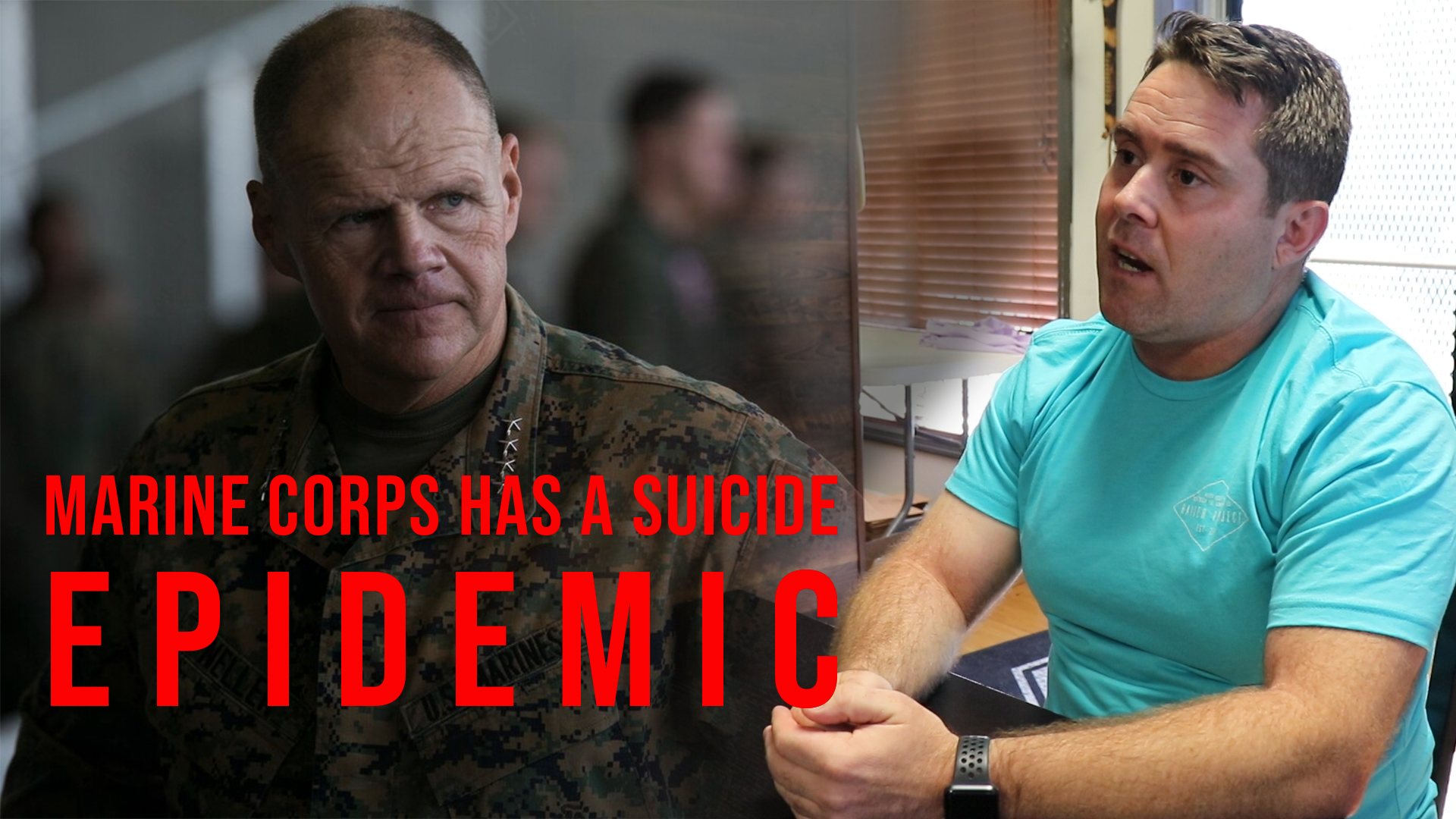 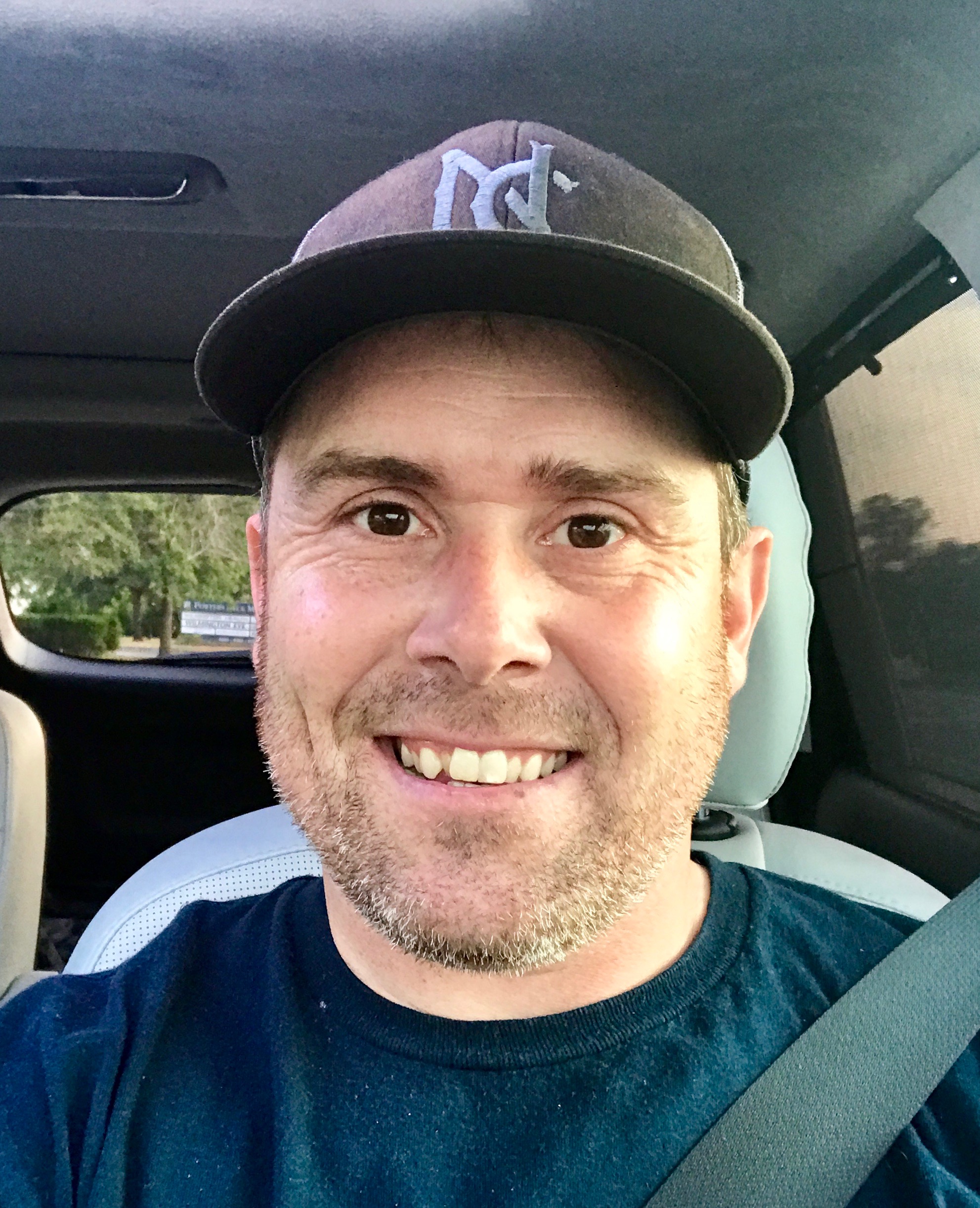 And so, I speak from the heart:

I hope this letter reaches you in relative peace. I am Fritz Sleigher and just retired out of MARSOC after 22 years in our beloved Corps. Thank you for the retirement note. I served as an 02, 0369, 0311, and 0317 with a smattering of other MOS’ at various units. I retired as a Gunny, which will come into play shortly.

I watched your video and feel your pain. Although we have never met, I am certain that you feel each loss of life and are just as confused as to why Marines are taking their lives at an alarming rate. I’ll never understand the monumental burden of command you bear, but I am certain we both share the feeling of loss, guilt, and confusion after each suicide.

The BLUF on suicide is this: The current culture of the Corps conflicts with itself and creates an environment where those in need feel even more secluded. I re-posted your article on FB, and several peers (recently retired enlisted combat vets) sing the same tune: The Corps let them down.

While I hope to gain your audience to speak directly and frankly, I feel you should consider these hard truths:

1. Zero Defect is alive and proven by our promotion system. NO MORE EXCUSES- the promotion system needs to change and allow for a speedy recovery after mistakes. Male brains don’t fully form until about age 26/27 but we make 18 year olds feel like they cannot make mistakes? This in itself is a recipe for disaster. I was a SSgt for 11 years! You can see in my OMPF that in those 11 years I deployed to Iraq three times (Fallujah proper) and Afghanistan once. I received the Bronze Star, several Comms, and a few NAMs. I was number one on my RO averages for six of those 11 years. While I am happy to be Gunny Sleigher for the rest of my life, I was barely given the opportunity to recover. This story should be alarming to you because besides dealing with the professional embarrassment of being a SSgt for over 3,000 days, I went through the ringer with my ex-wife. The combination of professional and personal problems creates an extremely volatile mental space. (Insert high risk behaviors here)

2. Mission Accomplishment is the Corps priority on the battlefield, but not at all times and is an illusion. We haven’t tasted victory in a very long time (at least reaching back to 2001) and that is simply the truth. Driving mission accomplishment home at every step leads plenty of young, altruistic men/women away from ‘weakness’ on the battlefield, but equally away from realizing and asking for help that could save their lives. It’s classically hypocritical.

3. Although mechanisms are in place to allow those in need to reach out for help, individuals rarely do in fear of losing their clearance, ‘wasta’ within the unit, or the Corps entirely. I strongly believe there is a pervasive but subversive undercurrent where young officers (alongside senior enlisted) create environments that make those suffering feel even ‘weaker’, with very little chance of recovery (at least on a personal level). This is why we see displays of death with some suicides – it’s a literal fuck you to all those that failed them. Now, every Marine with a halfway decent job requires a security clearance which further complicates the issue. Speak up = lose you team, squad, job, etc. It’s just not worth it, or is it?

4. Here’s a simple one: Add EMPATHY into JJDIDTIEBUCKLE and train it at every level. The 0-6/0-7 ‘old man’ wisdom is empathetic but shouldn’t be limited to those Marines on the backend of everyday leadership. The Corps lacks empathy for Marines in enormous proportions, especially those showing signs of ‘weakness’.

5. Make the Corps hard again (i.e.: 2MARDIV). Tell your PAO people to make videos that are badass and not attractive to the average joe. The Corps is not available to everyone, nor should it be. I’m no bean counter, but I understand that Marines are more important than hardware and a rifle squad of 7-8 hitters is more effective than a watered-down 13 that briefs nicely at higher…. Quality over quantity. No excuses. I have a 15 year old son and 12 year old daughter. High school and middle school are a daily thing for me. It’s alarming what children are exposed to these days. Watch NETFLIX’s ’13 Reasons Why’ or peruse Live Leak to understand what every kid joining the Corps is exposed to their entire lives nowadays. Recruitment should be an absolute hard gate, not one where 23-year-old recruiters feel  pressured to make quota by constantly breaking the rules to get sub-par poolees in the system. Boot camp should be just as hard as OCS to pass.

6. Get rid of arbitrary regulations that are WASPY 1950s version of America. Fix the tattoo policy (it’s 2019- everyone has tattoos). Bring back the old ‘bodybuilder’ height/weight standards and old PFT. Set Marines up for success while holding them accountable. Trust me, 20 pull ups is enough and no one, and I mean NO ONE is offended by tattoos on warfighters (especially on something as arbitrary as elbows and knees). It’s expected actually. If we do warrior studies during MCMAP, we should at least admit that all warrior cultures have some type of body modification. If you’re not going to budge on these policies, then at least explain them because honestly, at the lower levels, HQMC looks like a bunch of square nerds without the explanation and this has eroded TRUST long enough.

7. Finally, replicate the Unit Motorcycle Club concept in mental health circles. I am sure there are plenty of senior enlisted out there who, in the shadows, deal/dealt with suicide/suicidal tendencies. These leaders should own the culture and mentor young Marines in need. By the way, this becomes a self-fulfilling program where everyone in the mentorship circle benefits from it…

8. (An anonymous officer provided this, which is telling in of itself)

Officers hurt just as much as enlisted men and women. Their hurt is met with a fury of judgement and soft firing from the Bn level on up, and no recourse for treatment lest be seen as weak. Officers also insulate one another which leads to better recovery opportunities through buddy aid, but little chance to seek professional treatment if the Corps is to become a career. To grow an empathetic Corps, empathy and confidentiality for mental health treatment should be availed to all ranks and included in ALL resident PME.

Sir, I did not edit this note on purpose. I want you to feel my emotion. I am sick of attending services like Gunnery Sergeant Vaughn Canlas’, a good friend of mine. Something is wrong with society and our Corps, but I honestly believe the culture can change as long as we admit the Corps is not perfect.